Through the Years “Beyond Words: A Free Hand in the Abstract” 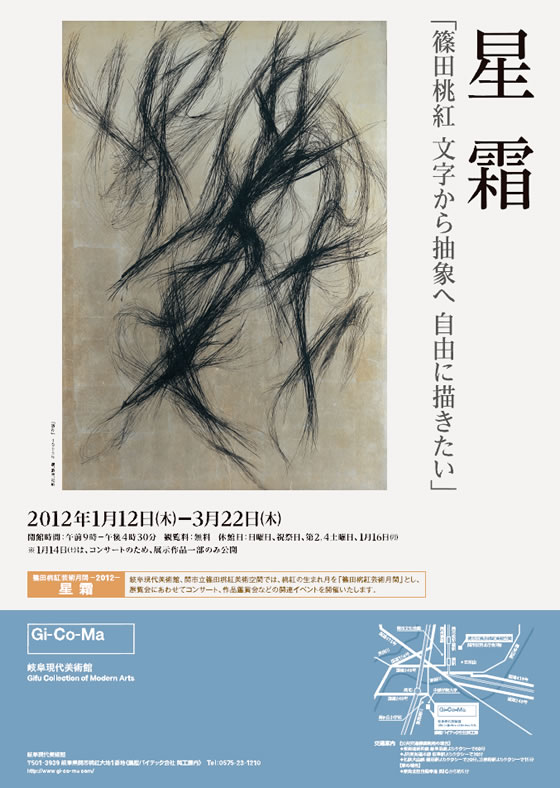 For Toko Shinoda, now a leading Japanese bokusho (abstract ink painting) artist, the two years she spent in the United States, 1956–1957, when she was in her mid-forties and absorbed in a search for new forms of expression, was to be the source of great confidence as she took her next step forward. That sojourn turned out to be the turning point that determined the present form of her work. Most of the works she carried with her from Japan to the United States were made up of lines and those lines, freely drawn on surface, were not clearly characters yet obviously derived from characters. After she came back to Japan, her lines no longer show any trace of such dismantled characters. Convinced while she was in the United States of the indispensability of sumi to her art, she created works consisting of several thick lines and pieces that feature overlapping lines, splashes, blurs and other effects specific to sumi brushwork.
This exhibition presents Shinoda’s art starting with the early works that still retain a strong presence of the ideographs, up to works created during and after her sojourn in the United States, up to the 1970s. They include pieces highly acclaimed as examples of abstract ink painting after she established her own style. The exhibition shows how Toko Shinoda, yearning for a free form of expression, broke with convention and explored new territory.