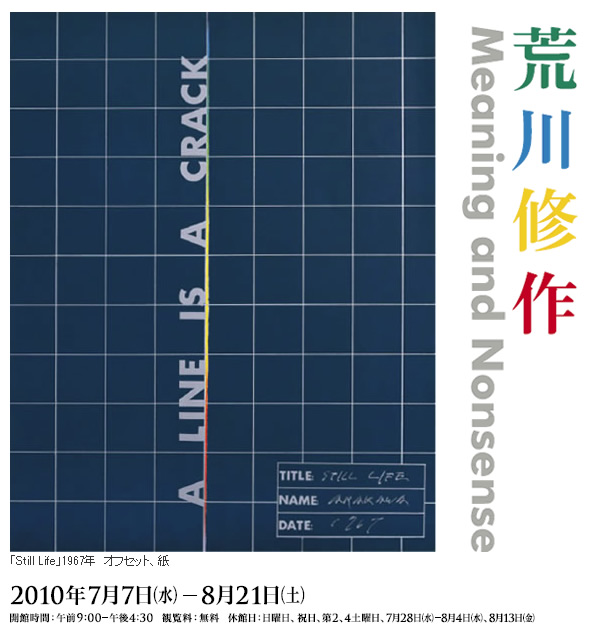 Shusaku Arakawa has continually pursued a new “life” by resisting the human destiny of death, rejecting all preconceived notions and stimulating and arousing the sensibilities dormant within ourselves. In 1960, at a time when the field of art began expanding due to the rise of unconventional forms of expression, Arakawa showed his Caskets series. The following year, to “bury” his previous art and go in quest of a new territory of art, he relocated to the United States. He later came up with the Diagrams series. His ideas developed one after another and, exploring the nature of the body and perception, he has expanded to medicine, philosophy, and architecture, continuing to develope practical approaches.
This exhibition presents Arakawa’s early paintings. He started by claiming that the “pursuit of meaning is recognizing meaninglessness,” and so his early works are full of paradoxes. The exhibition is intended as an opportunity to think again about Shusaku Arakawa as a means for advancing our own thinking.
Arakawa passed away in May 2010. By pondering the questions posed by Arakawa’s work, we can carry on his spirit and ideas and develop them further.