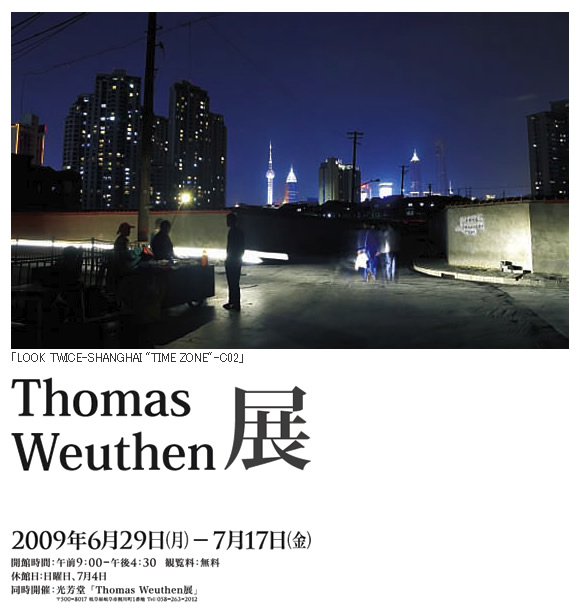 This is an exhibit of 28 photographs of Shanghai by Thomas Weuthen, who held his first solo exhibition in the city this January. The general manager of a global business, Weuthen is a self-taught photographer who began pursuing photography as a sideline 25 years ago. Through travels in China, India, and other countries of the Asia-Pacific region, he became fascinated by the cultural diversity of the region, his camera capturing images of people and landscapes as Weuthen, a German, sees them. In the photographs of Shanghai he began taking two or three years ago, its old townscapes, the modern city in the making, and the process of destruction and loss—the fascinating faces of a city currently in the midst of rapid change—unfold in quite a different way from painting
Another solo exhibition of his works was simultaneously held at the Kohodo gallery in Kajikawa, in the city of Gifu.