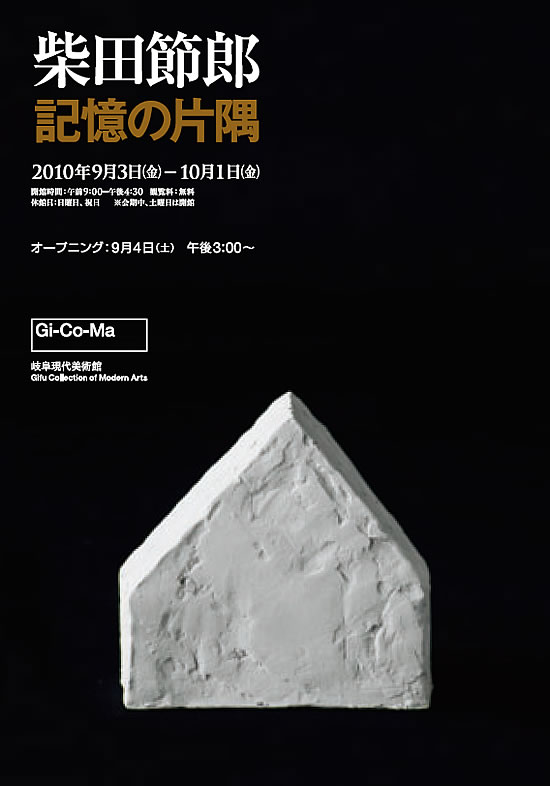 Setsuro Shibata, who began his career as a ceramic artist specializing in objets d’art in the early 1960s, built his studio in the old pottery-making town of Tajimi and has been active based in Mino (i.e., Gifu) ever since. Attracted by the potential of clay and the beauty and fascination of broken clay, Shibata has pursued his own style of expression unswayed by the currents of the times, and sought to maintain his own unique and original world. Trying various techniques and remaining aloof from the concerns of society, he quietly confronts the clay and seeks to express his social nature as stored in memory.
This exhibition, titled “Setsuro Shibata: Edge of Memory,” presents his installations inside and outside the museum, centering around some 100 “house”-shaped ceramic objects produced expressly for the exhibition, along with the “Seasons of Hell Series ‘Buds’” (1994) held on the edge of pond in front of the museum.