Portrait of a Thought 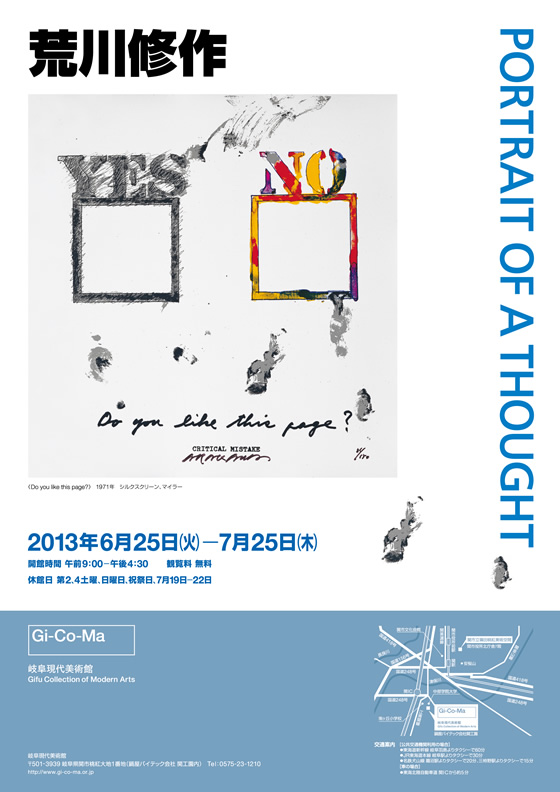 Shusaku Arakawa (1936–2010), an artist based in New York, started the series “Casket” around 1958, and after moving from Japan to the United States in 1961 he produced “Diagram Paintings” using letters, lines, and symbols. In the 1970s he published The Mechanism of Meaning, coauthored with the poet Madeline Gins, his lifelong partner and collaborator, and held the “Mechanism of Meaning” traveling exhibition. Later, his concern shifted from two-dimensional works to experiencing works with the senses of the body. This led him to create Ubiquitous Site, Nagi’s Ryoanji, Architectural Body (Nagi, Okayama 1994) and The Site of Reversible Destiny—Yoro Park (Yoro, Gifu 1995 ).
The present exhibition displays his early “Diagram Paintings,” the source of Arakawa’s philosophy that led to his architectural works. It serves as an occasion to experience and think about the messages shown in his works, messages relevant in our time of vague unease.