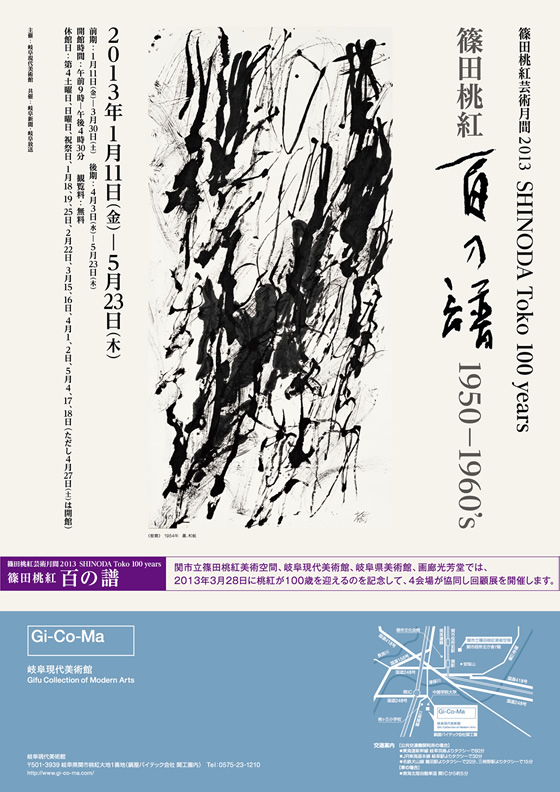 Feeling the limitations for expressing herself within the framework of established calligraphy in Japan, Toko Shinoda went to the United States in 1956 at the age of 43 in quest of freer forms of her own. Exposed to the fervor of abstract expressionism in New York, she established her own form of expression. After returning to Japan, she energetically produced and exhibited her works in and outside Japan, ranging widely from large-scale works related to architecture such as relief murals and wall calligraphy to lithographs, essays, calligraphy titles, and book covers. While exploring her own world of expression, she elevated the form of sumi ink to a higher level of art.
The Gifu Collection of Modern Arts displays her works created in the 1950s and 1960s, including her two years in the United States. Visitors can see how her work changed over those years: works based on the theme of characters, then characters gradually dismantled and series of lines dancing over the surface; by the late 1960s all trace of characters was gone, replaced by thick lines—the abstract forms we see in her works today. Along with valuable photographs of Toko, we introduce works that show the vigor and vitality of her exploration of new forms.